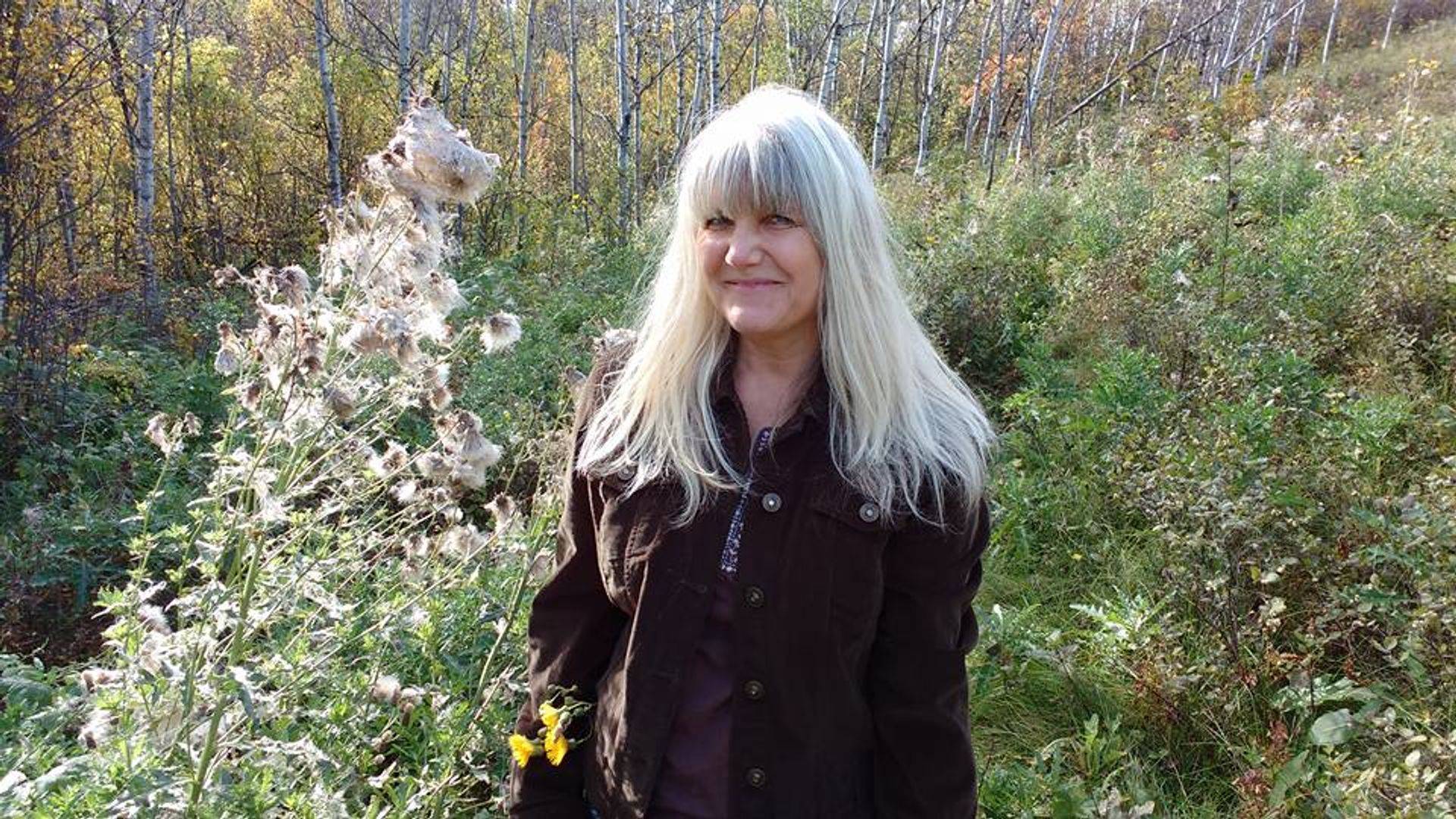 The work of Noreen Kruzich

In 2004, as a freelance writer for magazines I came across a story about a Indian legend of a rock nearby where I lived in Burnstown, Ontario along the Madawaska River. I had heard that some people believed a standing stone was shaped from an Indian maiden as she died wrought with a broken heart. She was an Algonkin Chief's daughter who had fallen in love with an Iroquois man, and the Chief would not hear of it. Legend has it, her father cast her out of tribe and into the wilderness on her own. Her lover was killed.

As I researched this legend, as legend are not founded in facts, I could only come by handed down stories. This is where I met with a woman who was mesmerized by the rock and by the legend. She was a local artist, and had painted the rock depicting it in various fashions and mediums. While in an interview with her, I felt the my story shift, change form...for I had learned her passion came from a greater scope. She had only recently, in her grandmother age, found out she was of Algonkin descent for she had always been told she was French. She told me her father lived and died and never knew he was Algonkin. This had a great impact on her, for she always felt a part of her was denied...but didn't really know how. After finding out about her heritage, it all fell into place--- her coarse black hair, her facination with native ways etc.

After speaking with her, I talked to more and more individuals throughout the Ottawa Valley only to find that they too were now uncovering their roots-- long hidden for fear of degradation. It pulled at me, and at the same time, the more I dug into the story-- the more I found. Most stiking, I found an Grand Algonkin Chief-- little know in history, if at all. While colonial fathers and explorers and loggers were being remembered, he seemed to be given no place in history. I couldn't let that be.

I was driven to tell his story...and seven years later it will be told.

Today DNA AND GENEALOGY WORK HAND IN HAND.  I HAVE EVEN FOUND LIVING RELATIVES, AS WELL AS ANCESTORS.